Every culture around the world has traditional dishes that are seen as weird and unusual to other cultures. Finding these exotic foods here in the United States can be difficult mainly because they are not a part of our culture of cheese burgers and hot dogs. It can be hard for people to try new things especially if it is gross and disgusting. It’s hard to imaging people in different countries eating things that might make you throw up at the sight of it; I have heard of people afraid to step in another country simply because of the food that they heard people eat, but in our diverse nation you can find some unusual foods that you would never imagine in eating. 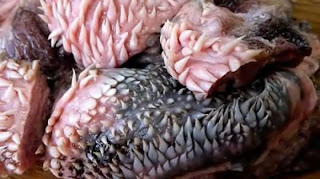 In Texas you usually hear about Texas barbeque and in California you hear about the famous eggrolls but you never hear about cow lips – yes, cow lips - found in parts of Texas and California.  It is a slab of flesh covered in spikes; you can see it looks similar to the scales of a crocodile.  People that find cow lips appetizing will braise and cook these lips with herbs. 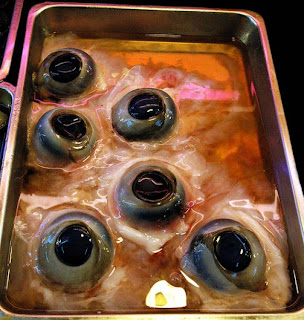 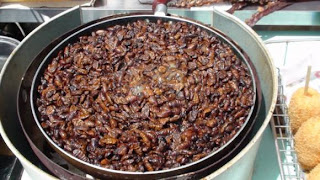 One of the most exotic foods that I have found is called Balut, a half fertilized duck egg that is eaten after it has been cooked. The few brave people that have tried this duck egg have said it to be appetizing and flavorful. The long time fans of Balut even said that the taste of the chick is wonderful. The idea of eating a half born chick makes me want to puke, but good luck to anyone that is considering in finding this dish; only some remote parts of China and Middle East Asia call this a delicacy. 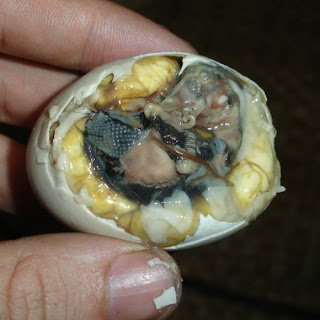 Japan is famous for their sea food; sushi restaurants can be found around the country but there’s a difference between American sushi and Japanese sushi. One dish that you may never find in an American sushi restaurant is tuna eyes.  It is literally tuna eyes cut directly from the tuna fish, then served  It can also be steamed then dipped in soy sauce.